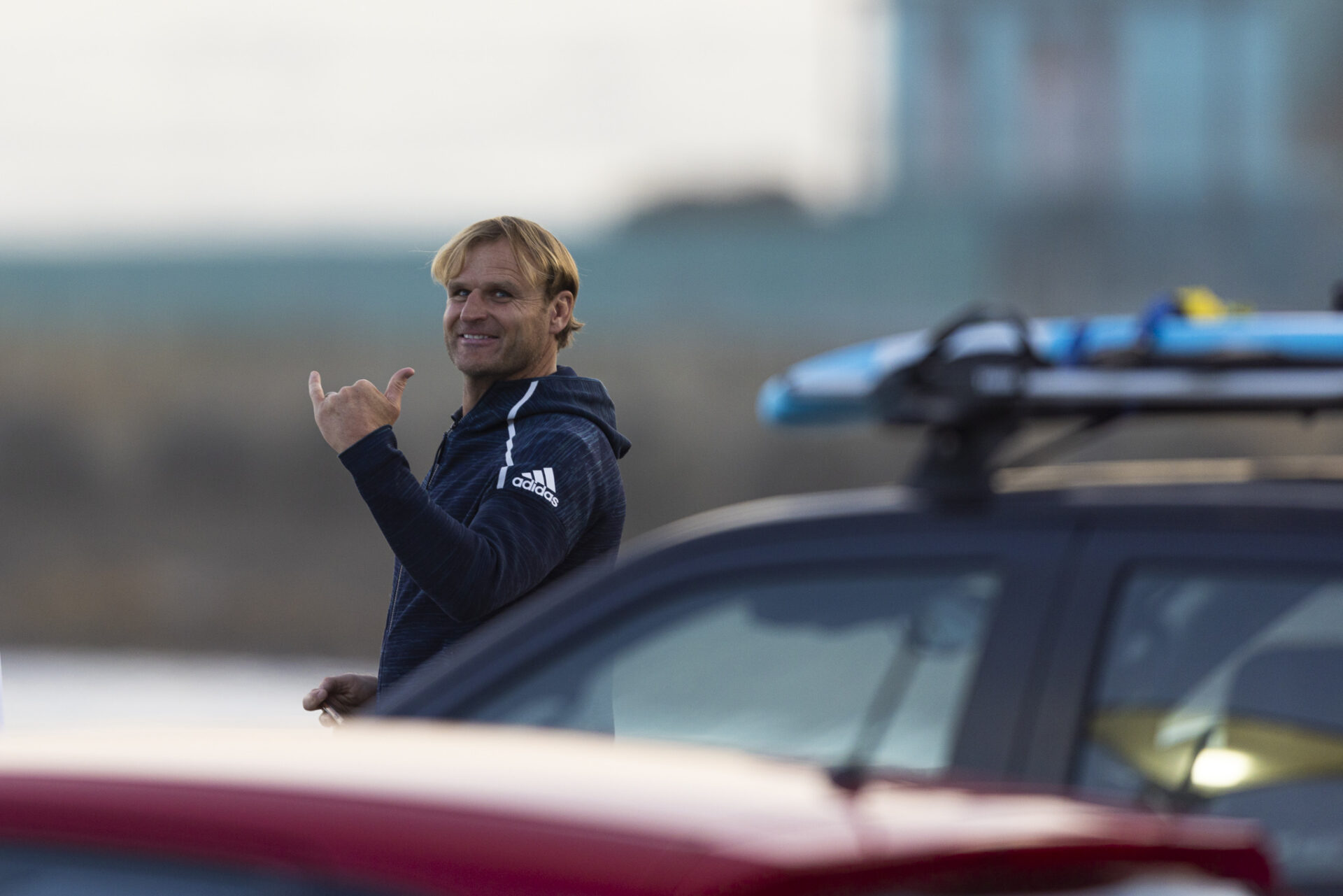 The DHL Super Rugby Pacific competition is a pressure cooker. Especially with Covid running rampant – an axe that could neutralise any team at a moment’s notice. For Crusaders’ coach Scott “Razor” Robertson that pressure is best wrangled with a pre-game surf.

It is the morning before the Moana Pasifika Super Rugby team makes its debut against a giant of the sport: the Crusaders. There’s a south swell running and a light northwest breeze. The warm air is unusual for March, especially before the sun has even appeared.

On the esplanade at St Clair a car pulls up in the half light and a familiar figure jumps out with a huge grin. Razor’s clearly amped at the set breaking beyond the pool. He sends his coaching teammates off to a local café and pulls on a well-used wetsuit.

He searches around and finds local surfer and photographer Mark Stevenson, who hands him a SUP and points him in the right direction. Razor negotiates the high-tide steps and claws his way out the back just as the sun breaches the horizon.

“The waves were unreal at the point,” he tells me later. “Stevo hooked me up with a SUP and we had some good sets come through with only two other locals shortboarders out.”

Razor paddles straight into a decent-sized set. It is immediately clear that he is as proficient in the surf as he is in a break-dancing arena. He rips the wave to the channel.

“Surfing on game day is a double up,” he smiles. “You get two hits of that rush.”

Whenever he can he heads for a surf at home, but enjoys the swell lining up during his travels.

“It was such an awesome vibe at St Clair,” Razor adds. “The surf crew were frothing from the groms to some good old seasoned battlers.”

Razor didn’t always ride a SUP – injuries from his rugby days have relegated him to the craft for now, but he doesn’t complain.

“I’m on a SUP now because of eight knee operations on my right knee,” he explains. “I need a new one. I will get a replacement this off season … then maybe I can get back to shortboard surfing more.”

“SUPing has given me so much,” Razor admits. “It is awesome for strength and core work. It’s addictive and allows you to surf way more than you normally would.”

When he’s touring with the team Razor does his best to weave in a wave where he can.

“I try to surf whenever I can when touring,” he smiles. “Dunners is perfect being so close to the city. A lot of breaks take a while to get to and I rely on getting a board from a local. Aussie is the best place to surf with Perth and Sydney the easiest cities to find a wave in between my schedule.”

While playing rugby for Perpignan in the South of France from 2003-2006 the resourceful loose forward would surf the beaches of Biarittz which is where he bumped into Kiwi Jeff Bradburn.

“Jeff is a legend in Biarittz and ran Quiksilver Europe, so he was some hook up,” Razor explains. “I have been on some amazing surf trips, but the best was to the Mentawais – 10 days on a boat called the Ratu Motu, which is an old Quiksilver boat. We got the best waves with a bunch of unreal people – all my French connections from my time playing in France.”

Surfing has always been the yin to rugby’s yang for Razor. Rugby being a high-performance pressure cooker with little respite for a professional player or coach.

“Surfing gives me that great balance,” Razor explains. “It is where I make most of my decisions, or wash away anything that weighs on me. It gives me perspective.”

Razor grew up surfing Mount Maunganui and the waves of the Bay of Plenty. That’s where he honed his skills.

“I spent hours at Tay Street, or the main beach on the bigger swells,” he shares. “Or Matakana – some of the best days of my life were spent at Puni’s Farm! We used to paddle over the entrance before the shipping lane shut that down – that seems so loose to think we did that.”

“Surfing and looking at the Magic Seaweed app for the forecast helps me find that balance – you need a couple of passions to balance your life out,” he adds. “I have three teenage boys who surf as well and I get so much pleasure to see them happy in the waves.”

He tells me Endless Summer 2 is his favourite movie and has inspired him with his own surfing ambitions.

“I am going to take a year out and surf around the world when I am in my 50s,” he smiles.

On the side of the paddock Razor has made a reputation for being cool, calm and collected. Even when things appear to be going pear-shaped. The Crusaders are the team to beat week in, week out. The pressure must be mind boggling. He tells me he has great people around him in his coaching team.

“I can get caught up in games – focusing on outcomes rather than solutions to the team,” he admits. “I have an awesome coaching group who keep me on piste.”

“Having played for a number of years and coaching at all levels by working right up from club level, it has given me a great foundation to deal with pressure,” Razor offers. “I like the expectation that comes with it. It helps you get the team ready to perform. Every week the build up to the game is different – every game is different. Like every season is. So I generate awesome energy from that. It is like a new swell is coming and you start to anticipate how good it’s going to be.” 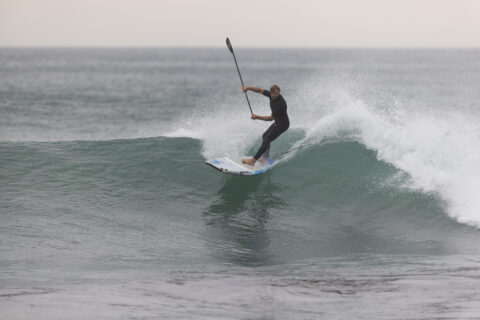 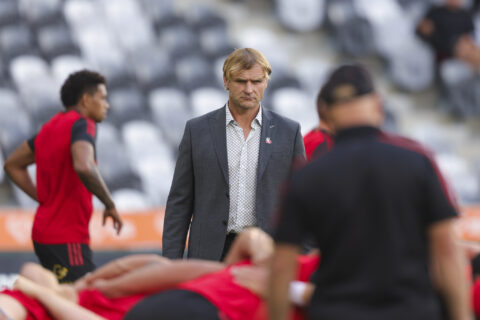 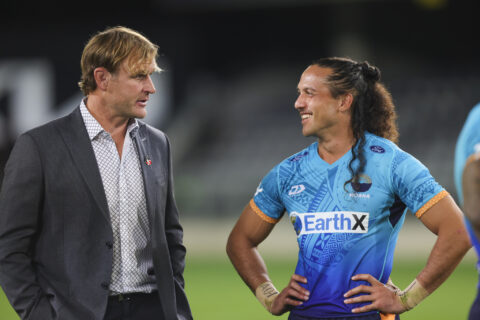 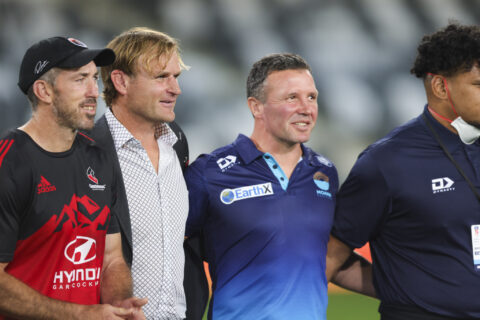 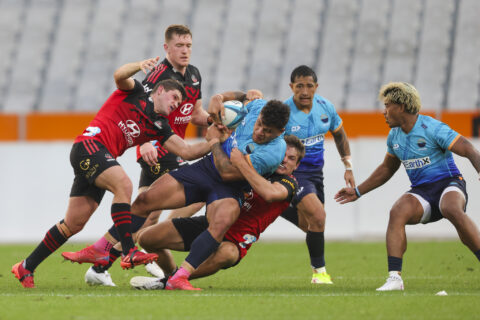 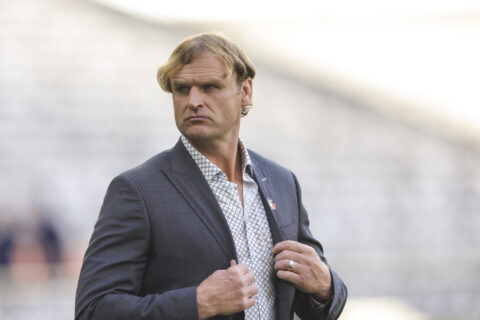 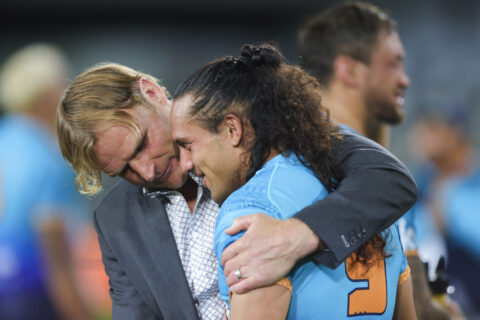 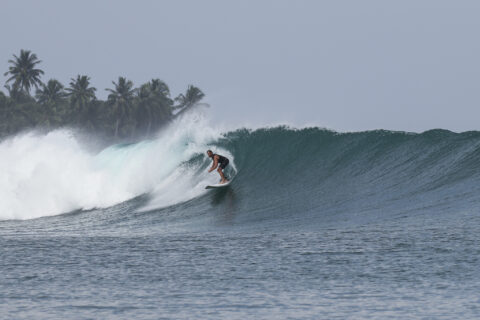