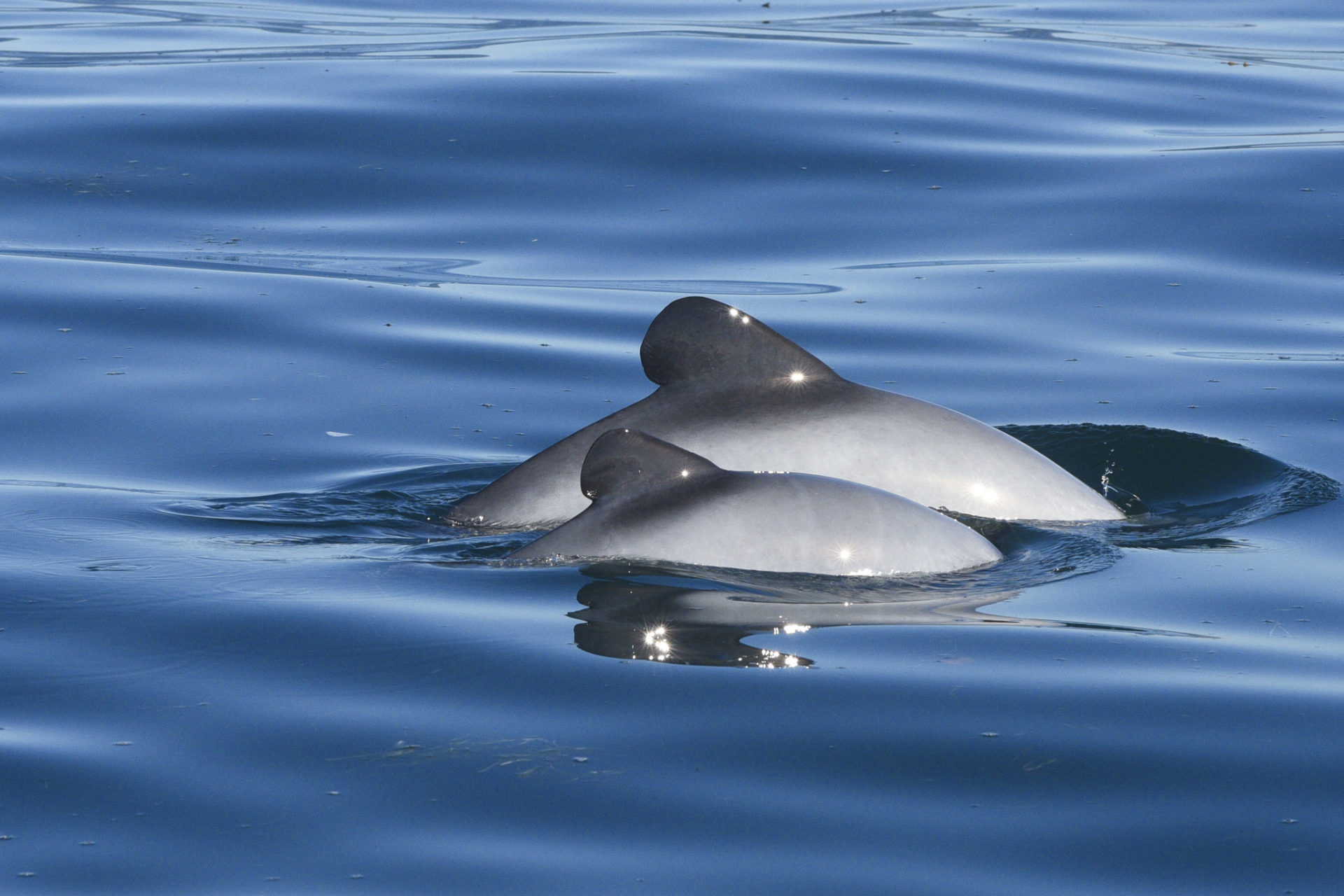 Fisheries New Zealand is asking for feedback on proposed fisheries measures to further protect South Island Hector’s dolphins. Hector’s are the small wee dolphins that love to surf and hang out with humans – especially kids. An encounter with a Hector’s dolphin will brighten up anyone’s day, but they need our help.

We caught up with marine scientist Hannah Williams, who has been studying the North Coast pod here in Dunedin for the past two years. Our goal was simple: to learn why it’s so important to lodge a submission on the new proposed fishing restrictions before the December 6, 2021 deadline.

Hannah is 23 and is originally from Auckland. She is a keen surfer and is in the fifth year of her Masters in Marine Science. Hannah’s dream for the future is to “keep on learning more about our natural environment and share it with as many people as possible”.

“My research is based on finding out the abundance and distribution of Otago’s Hector’s dolphins, and their vulnerability to by-catch in commercial fisheries,” she smiles as we meet for a surf at St Clair.

Hannah told us that there were two main fishing practices that put the Hector’s population at risk.

“Set netting, which is also known as gill netting, poses the greatest threat to Hector’s dolphins, and trawling is also a significant threat,” she explains.

Fisheries New Zealand has proposed expansion of trawl gear restrictions with several important areas identified, but surprisingly the North Coast of Dunedin does not appear in that list.

“Expansion of restrictions has not been proposed in this area because the government believes that the current levels of by-catch of Hector’s dolphins are sustainable,” Hannah reveals. “However, their estimates of population size are modelled from very broad scale aerial surveys, which probably don’t reflect the real distribution and abundance in Otago, and therefore the number of deaths which the population can sustain are also probably overestimated.”

She said there was a lack of data quantifying by-catch rates of Hector’s dolphins in Otago.

“Nobody has really done the work required to identify the overlap between dolphin habitat and fishing effort in this specific area, and therefore how vulnerable the North Coast pod still is to this risk,” Hannah adds. “Due to the low numbers and isolated nature of the North Coast pod, it’s crucial that we fill in these knowledge gaps so that fishing restrictions can be extended appropriately, and as soon as possible.”

Hannah said that based on research from the University of Otago Marine Megafauna Lab Group, the current estimate for the North Coast pod was of 45 dolphins, and 53 for Porpoise Bay.

“As we saw last week with the Hector’s dolphins that popped up at St Clair, there are occasionally dolphins seen between these two areas, but these are likely to be ‘wanderers’ from these two populations rather than ‘resident’ pods,” Hannah explains. “The latest government estimate for the whole South Coast, which was updated in 2018, is 332 dolphins, but this estimate is based only on sightings from Te Waewae Bay, as no dolphins were seen elsewhere in places where we know there are dolphins.”

Hannah believes the best outcome from this MPI and New Zealand Fisheries consultation for the Hector’s dolphins in the South Island would be to accept all the new protection measures proposed.

But she warns that the proposed measures are unlikely to go far enough to ensure species recovery.

“Following the suggestions from the International Union for Conservation of Nature: to remove all set net and trawl fishing from the entire range of Hector’s dolphin habitat, would give the species its best chance to recover,” Hannah offers.

She said extending set net closure around Banks Peninsula was really important, as currently there was an area where there is highly likely to be overlap between dolphin range and fishing effort.

“Trawling restrictions should be extended in all areas around the South Island,” Hannah said. “Currently, it is still legal to trawl within the restricted trawling area (out to 2 nautical miles from the coast in most areas) if the vessel has a low headline height (no more than 1.5m high). Whilst this reduces the net opening size, there is still a potential risk of dolphins being caught in these nets.”

Right now we have a chance to at least tip the scales in the favour of the Hector’s dolphins. One area of concern to us is that the proposed protections don’t extend to consider the recognised range of the endangered hoiho (yellow-eyed penguin) or nationally vulnerable sea lions (Phocarctos hookeri). We feel that should be added into your submission as a note and there is space to do this within the survey.

Submissions close on December 6, 2021, so get in asap to make sure your voice is heard. These are among the rarest dolphins in the world (and the cutest), so imagine if we can help to create a coastal environment where they thrive?

You can go online to complete a quick survey, or lodge your written submission right here at the Ministry for Primary Industries website.