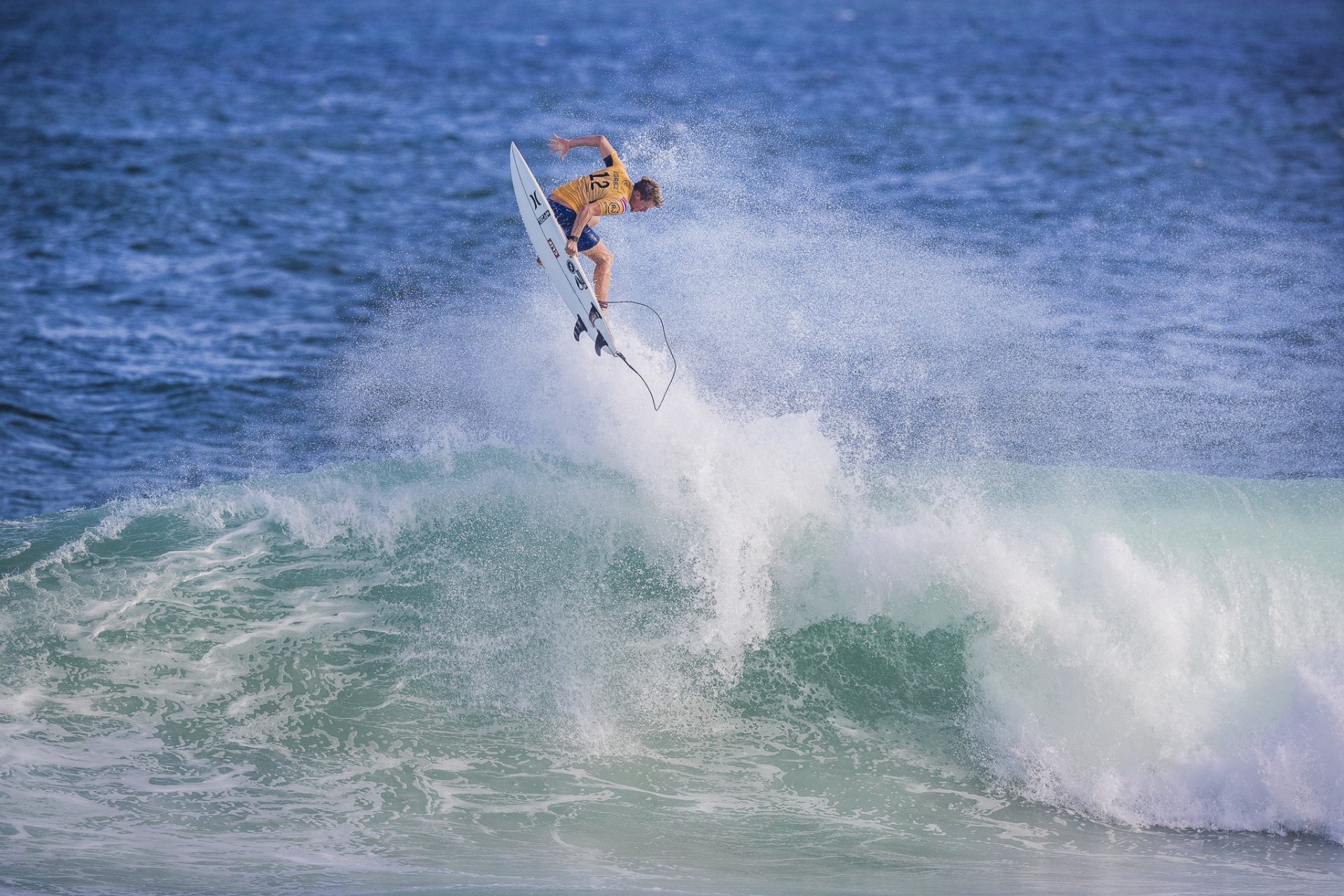 John John Florence has announced he has ruptured his ACL while in Brazil and has withdrawn from the 2019 Corona Open at Jeffreys Bay.

The current World Championship Tour leader is opting to go straight under the knife, likely ending any chance of a return to competition in 2019.

The injury comes just days after he dropped a mesmerising film (link below) of him surfing the fabled South African break. Destined to get inside the heads of his World Surf League competitors, John John gives a masterclass on how to surf South Africa’s most famous point break in the film. The footage was shot on the heels of the 2017 event when the surf pumped the day after the finals with waves still in the 6-8 foot range.

This injury is a colossal blow to one of the most likeable surfers on the tour – a two-time world champion and chasing his third in 2019 (and looking likely to go all the way).

“This has been a really fun year in competition and outside of the jersey,” John John told his Instagram followers earlier today. “Unfortunately, in Brazil I ruptured my ACL. I’ll be pulling out of J-Bay and likely the rest of the CT season. I’m opting for surgery so I can be 100% next year. I’m excited for this new adventure and everything I will learn along the way. Thanks for all of the support!”

“I’ll be pulling out of J-Bay and likely the rest of the CT season. I’m opting for surgery so I can be 100% next year. I’m excited for this new adventure and everything I will learn along the way.”

The Corona Open J-Bay should suit both our Kiwi surfers. If the event cops a decent swell then Paige Hareb will be in her element. For Ricardo Christie it will be a matter of picking up where he left off in his 2015 WCT campaign when he blazed to an 18-plus point Round 2 heat score only to be pipped by a hard-charging Joel Parkinson in the dying moments. It was one of the highest scoring heats of the round.

The sixth stop on the 2019 WCT calendar, the event window for the Corona Open J-Bay begins on July 9 and runs through until July 22.