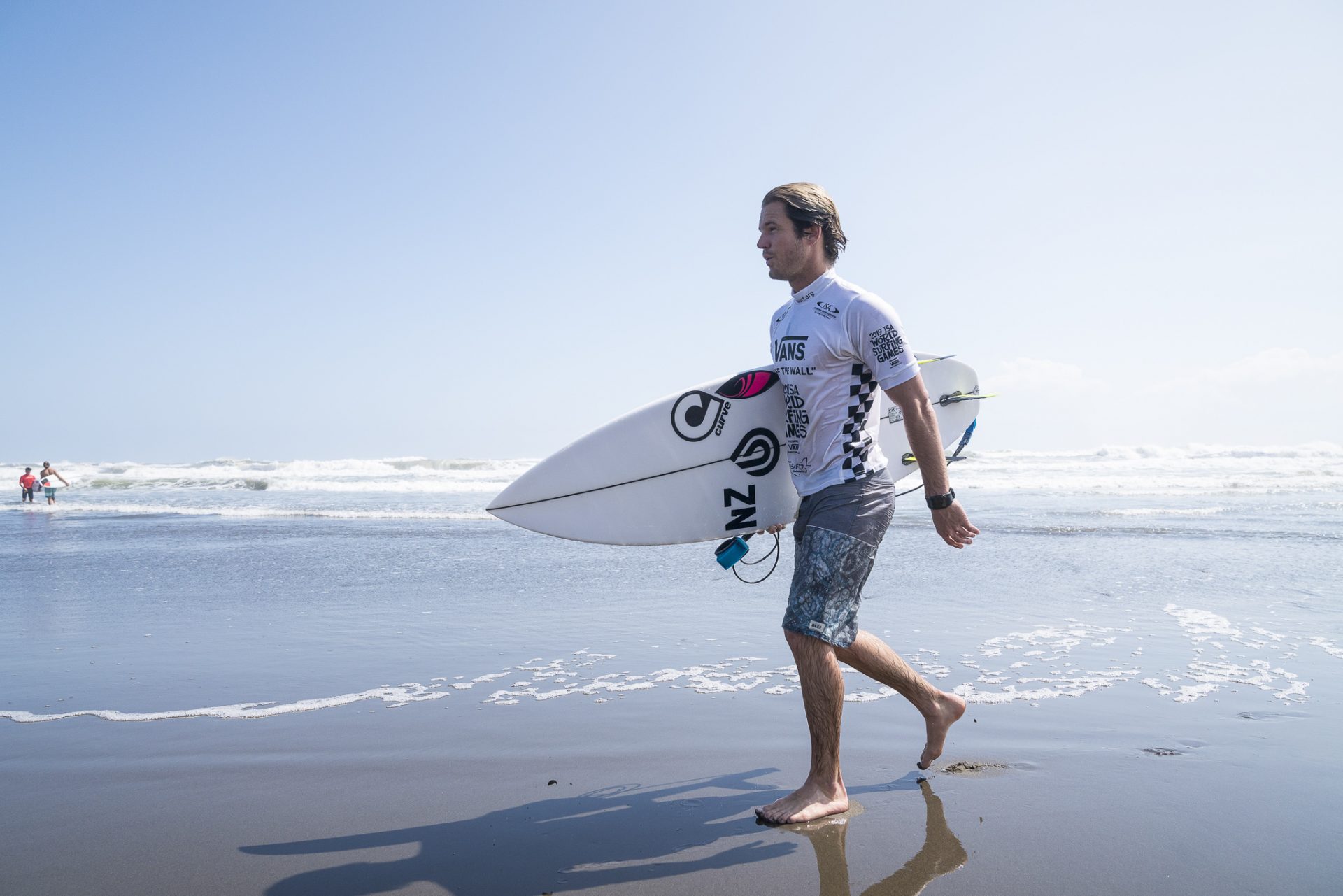 Surfing will make its debut at Tokyo 2020 on July 25, 2021 when the first competition window opens in Japan.

In one year’s time the best surfers in the world are set to become the sport’s first Olympians. The International Surfing Association (ISA) celebrated the occasion by announcing the technical officials that will judge and officiate the surfing competition at the Tokyo 2020 Games.

The panel was approved by the ISA Executive Committee, with the nominations done in collaboration with the World Surf League (WSL), highlighting a cooperative effort between Surfing’s International Federation and professional tour. Three of the seven judges on the panel are currently working on the WSL Championship Tour.

New Zealand’s Dan Kosoof gets the nod – he is New Zealand’s national head judge and has judged at numerous ISA events. He is joined by long-time WSL judging stalwart Iain “Ratso” Buchanan who will be one of two priority judges at surfing’s inaugural Olympics.

“I’m very stoked,” Ratso shares with us. “My sister competed in gymnastics in the Olympics and my father has been to a couple as New Zealand’s gymnastics coach, so I’m happy to do it for my family. My dad was actually at the Munich Olympics when all that terrible terrorist stuff happened. He said it was all very radical to watch it all go down from their apartment rooms.”

The panel also includes USA’s Tory Gilkerson, a reflection of the ISA’s commitment to promote and develop more women judges in surfing. Gilkerson has consistently been evaluated as one of the highest performing judges at ISA World Championships in recent years, which was the foremost factor in her selection. The ISA is dedicated to building on Gilkerson’s success with targeted initiatives to further develop more women judges, also in cooperation with the International Olympic Committee and national surfing federations around the world.

“The integrity, fairness, and professionalism of the judging process for surfing’s debut at Tokyo 2020 is a great priority for the ISA,” explains ISA President Fernando Aguerre. “We have invested considerable time and effort, also in coordination with the WSL, to ensure that our judges meet the standards of excellence the Olympic Games require and deserve.”

The selection criteria for the panel included an extensive review, analysis, and evaluation of all judges performances at both ISA and WSL events via objective metrics and reviews from technical director and head judges.

The games were postponed by one year due to the global Covid-19 pandemic.

“A surfer knows that when you paddle hard and miss the first wave of a set, that is not the time to give up,” offers ISA President Fernando Aguerre. “That’s the time to turn around and paddle even harder to get in position for the next wave in that set. Surfing’s Olympic debut at Tokyo 2020 may have been delayed a year, but the global surfing community is ready to catch that next set wave. One year from today, Olympic surfing will be underway and the best surfers from all continents will step up on the world’s greatest sporting stage and display surfing’s unique, youthful values and energy.”