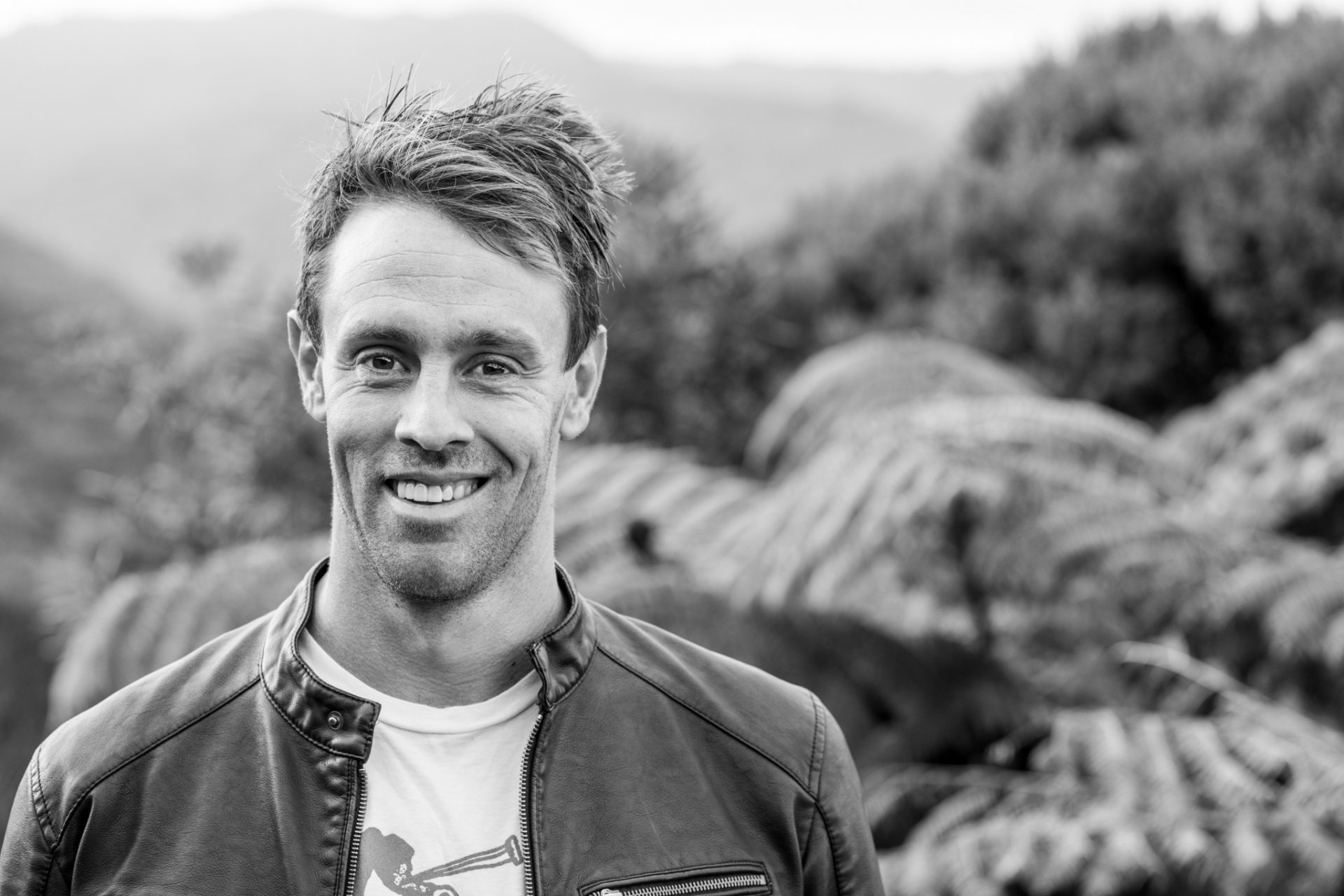 While channeling his creative side in a fine arts degree at Massey University in the early 2000s, Damon Meade stumbled across filmmaking. That set him on a course that intersected with Maz and the Gisborne hotbed of surfing talent, and launched the career of one of New Zealand’s most successful filmmakers. CPL caught up with Damon to see where his journey has taken him.

I’ve been lucky enough to spend more than 15 years working alongside Damon as part of the media scrum at events and within the industry. I’ve watched as Damon has become something of a star of New Zealand’s surf media – he has done the yards. He’s not only a talented filmmaker, but a proficient photographer and fine art artist as well.

How and when did you get started shooting surf videos?

I was at Massey University studying fine art in the early 2000s and my work involved doing video installation. I bought a mini-DV camera to document and create my art projects. I started playing around with shooting some surf in the holidays. I came home from uni one time and Maz was living next door to my parents. I hit him up to see if he wanted to shoot. The next day I got a 5am call up and we shot up the coast to a mysto spot for the day and that was kind of the start of it.

I knew I was witnessing a particularly high-level era in New Zealand surfing. I made it my job to document this.

There were a bunch of other crew living in Gisborne at the time that were all surfing at a world-class level; Bobby Hansen, Blair Stewart and Ricardo Christie, for instance. The talent was there so it was pretty easy to roll up to the beach and capture what was going down. I knew I was witnessing a particularly high-level era in New Zealand surfing. I made it my job to document this. After I had spent enough hours and months on the beach I knew I had enough for a full feature surf film and the DVD Wolfskinz was born.

Even early on my goal was to get New Zealand surfing onto a Taylor Steele video. I sent him a mini-DV tape packed with all my best stuff of the Kiwi crew, but never quite made the cut.

That radical layback of Bobby from the opening wave of Wolfskinz was penciled in to an early rough cut of Stranger Than Fiction, but didn’t make the final cut. Around 2010 the Innersection platform emerged and my goal was achieved, securing Luke Cederman into one of Taylor’s vids.

I backed that up the year following working with Ricardo Christie. I had achieved everything I’d set out to do with surf filming in New Zealand once the dust had settled.

Damon didn’t stop there and in 2012 he released Under The Weather, which quickly became New Zealand’s most-viewed surf video. How did the project start, and could you explain the crowd funding and then subsequent distribution strategy?

Goals were fulfilled. Cameras destroyed and the show reel was shining, but the money wasn’t there. So I brainstormed a way to spend 12 months chasing action around the country and put something tangible together one last time. I crowdfunded Under the Weather, which always intended to remain online, free, forever. There was a print run of just 200 DVDs that were effectively pre-ordered by some of the funders. Other rewards included surf product that generous sponsors had donated, which I then on-sold as part of the funding campaign. When the film was completed, I sent it out to every surf-related website worldwide. Within a couple of months it had reached 50,000 views. A lot of time went into getting it in front of the right people. Making sure every surf site in the world knew about it and had the option of posting it. The film itself took the best part of a year to put together.

Can someone make a living out of filming surf in New Zealand, or even the world for that matter?

I wouldn’t want to discourage anybody with the desire to pursue this path. It’s important to emphasize that if you want it, then anything is possible. I think being passionate about your craft and putting in the time are two of the most important ingredients for success. There are definitely folks out there at the top of their game that have the skills to command highly sought-after day rates and production gigs within the industry. I think it comes down to being innovative with your vision from a business-model perspective. Realising that shooting surf is a part of the bigger whole. Ultimately it’s a passion gig with the potential to earn income and lead to other things.

One advantage is that surf films take a long time to put together. Through this time spent behind the camera and in real-life shooting scenarios, you get pretty good. That skillset can translate into a career and the world is literally your oyster with where you can take it.

Career spinoffs could lead to following the World Surf League around the world as a cameraman full time, working on self-directed initiatives with a sponsorship backbone, or creating content for brands. If you’re good at what you do, keep it up, but treat yourself as a business. You can spend all the time in the world standing on the beach, but you still have to put bread on the table at the end of the day. It’s always nice to be able to afford that brand new camera you’ve always needed too … and big cameras get big jobs. 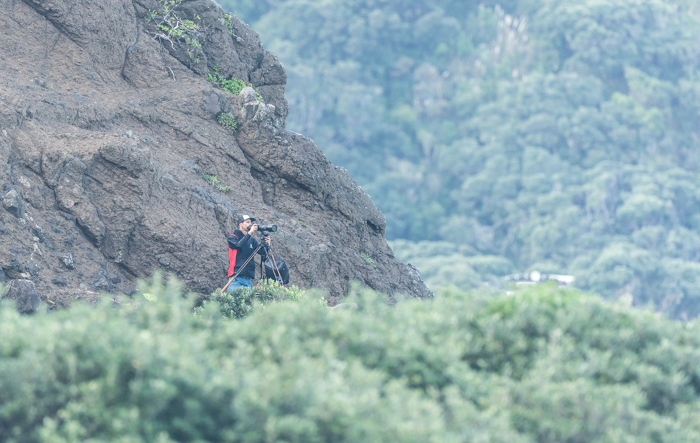 Damon on the tools at Piha. Photo: CPL

Who told you that line, Meady? Great advice, bro. So speaking of skills, what do you think your key work ones are?

My job generally involves showing up as a one-man production company. So shooting with the edit in mind, self-directing and making sure I walk away with everything I need to put together a video once I walk off set. So it’s crucial to get every shot right and to be able to think on your feet. I know how to shoot tack sharp footage that has great audio under pressure situations, because that’s what I have to be able to do. Lately I’m doing a lot of timelapse work and shooting a heap of landscape photography, which is also forming part of my business model moving forwards. Here are some snippets of some recent work:

You are doing a lot more corporate work now,  will this eventually drag you away from the beach forever?

To be honest 75-80 percent of my work is non-surf related, so yes that’s happening. But those jobs provide challenges of their own and they are mighty enjoyable in their own ways. I do a lot of construction timelapses, I tell brand stories and document products and processes for all sorts of companies. The work is really interesting and it is putting me in a position where I have to learn everything there is to know about a business to tell its story. Technically these jobs keep me on my toes in regards to equipment and filming techniques. I like the balance and having this work makes it that much more enjoyable to be called away to a surf event for a weekend and catch up with all of the legends that put on that show.

Thanks Meady, appreciate your time.