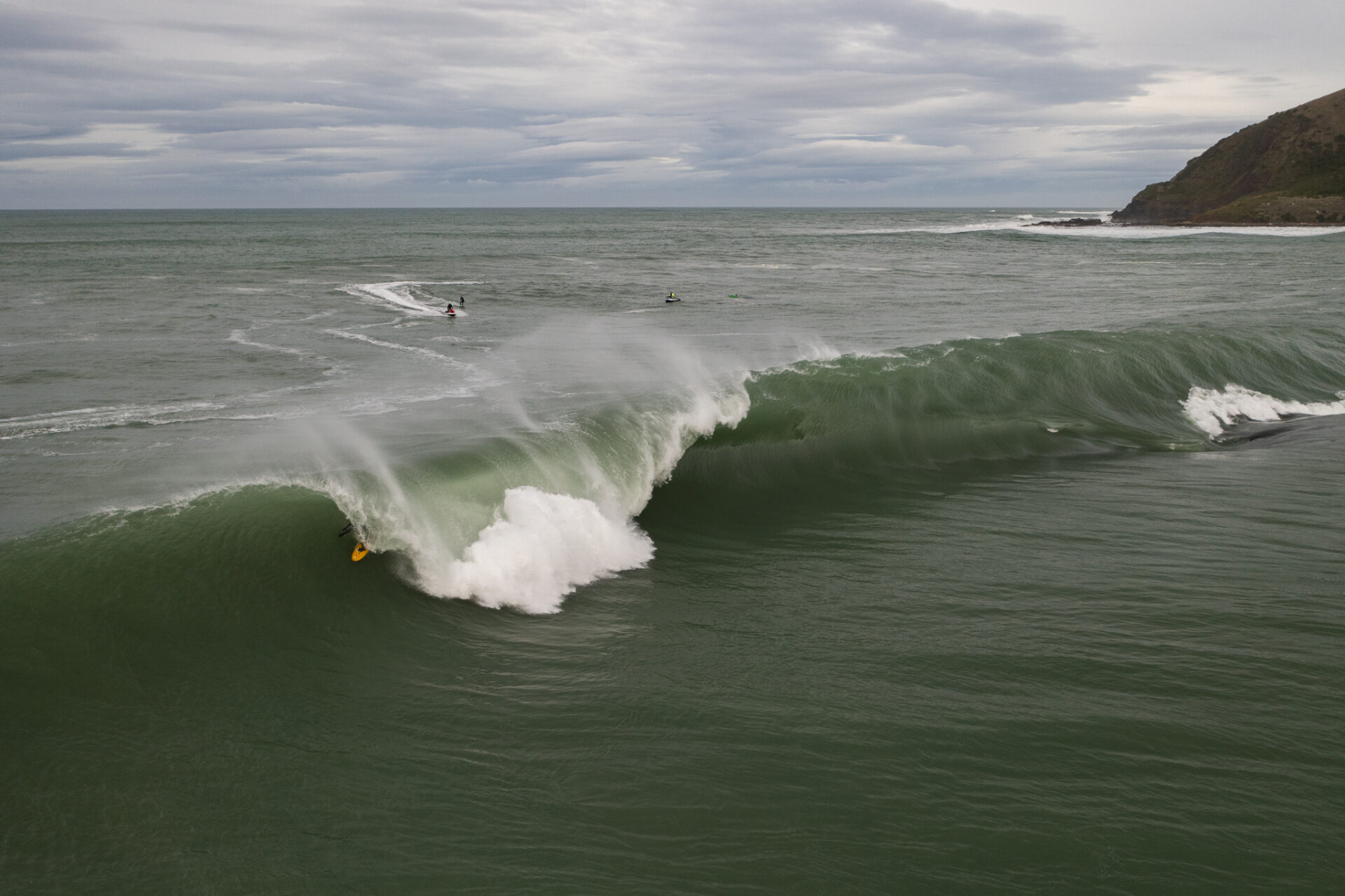 This was the scenario: There’s a 50-50 chance a marginal swell forecast might be enough to lure a fickle reef break to life. It’s a hell man slab that few can really do justice to. Do you roll the dice? We did (but one of us paid the price).

I have fallen in love with this wave … like so many others have as well. It is so inconsistent that you’d probably have more luck winning the lottery than scoring it. But that doesn’t stop us trying.

My week was filled to the brim and it made no sense in giving chase with so many deadlines hanging around me including a DHL Super Rugby Pacific match to photograph at the end of the day. But FOMO has its ways. Even when my trusted forecast site, Buoyweather, showed the swell waning to below a reasonable size for this reef I simply moved my buoy until I found a suitable forecast that aligned with what I wanted to see.

The 3:30am alarm was brutal, but I wanted to get to the reef in the dark so I could shoot something as the sun rose. That all sounds great but there is also quite a long walk into this reef and doing that in the dark was no easy task. Luckily my Red Bands ploughed through everything thrown at them. Normally I’d shoot this wave from the water, but I had always wondered what it might look like from the land. So terra firma it was.

I arrived at the reef about 40 minutes ahead of schedule and counted 20 minutes between the real sets as I enjoyed a breakfast of mandarins and apples. Even then I knew it wasn’t quite big enough. This wave gets safer the bigger it gets, but at 6-8 foot it can be very difficult with steps and kinks that can really ruin your day.

By sunrise I had a few shots and I was happy, but the swell was clearly not big enough having peaked around midnight – the debris on the beach testament to its moment.

The first team to arrive were locals Dale Hunter and Brad Roberts. They were into the low tide and immediately found some of the best waves on offer. At this size, only a few of the set waves run correctly along the reef and they had the experience to find the best ones from the very start. They feasted before Davy Wooffindin and Nick Smart arrived, followed by Dunedin chargers Leroy Rust and Jimi Crooks, and Jack McLeod and Charlie Cox. They were soon joined by Daniel Gabbott and his 15-year-old son Karne who has developed a fascination for tow-surfing.

At this size five skis is maximum on the reef. It’s plenty even on those days when it is bigger. That’s partly why the locals guard the wave so fiercely. This is cowboy country where you very quickly learn your place in the pecking order.

But the mood is calm and measured. The sets dictate the pace and with long waits between them, and only two or three waves in each one, there is a nice pace to the morning’s events.

Davy takes one of the early poundings and somehow emerges unscathed. He described it as “so violent, but it felt good”. I hope Karne isn’t watching. Hesitation or second guessing is not your friend in this environment.

Jimi grabs the rope and steps up the tempo with big fades back into the bowels of some of the bigger waves that find the rising tide in their favour. It’s game on for a pulse of sets.

Eventually, Jack gets a break in the approach queue and it coincides with a proper runner. He lets go of the rope and sinks into the first section and barrel before racing into the long end section. He tucks in again and gets pinched hard. He ejects his board badly and gets worked with one foot in the strap. The board helicopters and snaps his fibula just above his ankle and dislocates his tibia. It’s a horrible moment. It brings the day to a standstill.

Jack is evacuated out of the lineup and reckons the jetski bumps relocated his tibia on the way. But the pain is excruciating. The boys remove his brand new wetsuit so he doesn’t get it cut off him in hospital. They dress him and Charlie drives him to Balclutha and then Dunedin hospital. He is booked in for surgery. It’s a frustrating moment for one of the most exciting surfers to take the rope.

The grommet of the group isn’t fazed. Karne takes his chance to learn about the wave and even finds himself inside a couple of proper barrels as he notches up more than a dozen quality waves.

The rest of the crew find themselves back on dry land as the swell abates. Another slew of stories to tell to people who may not ever appreciate the full resonance of these moments. 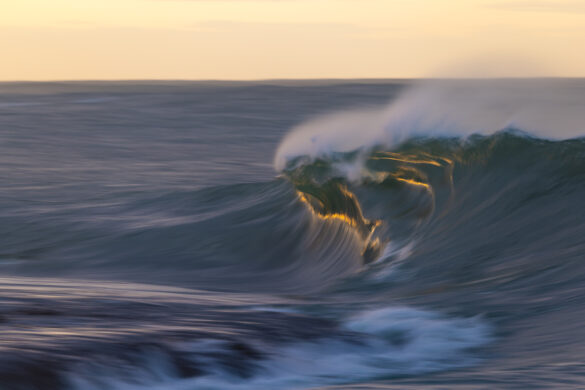 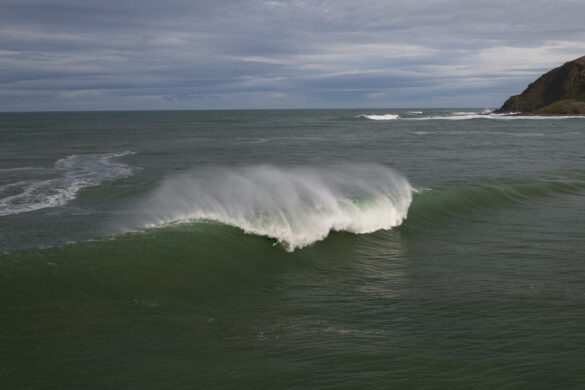 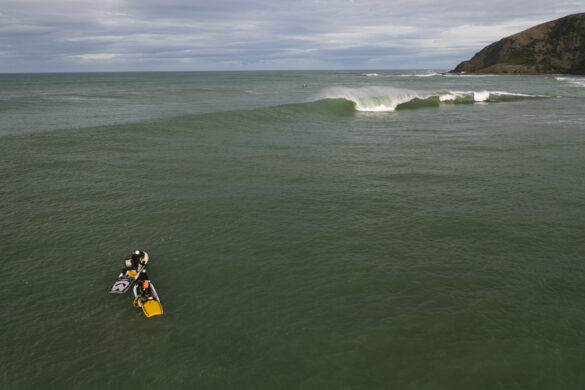 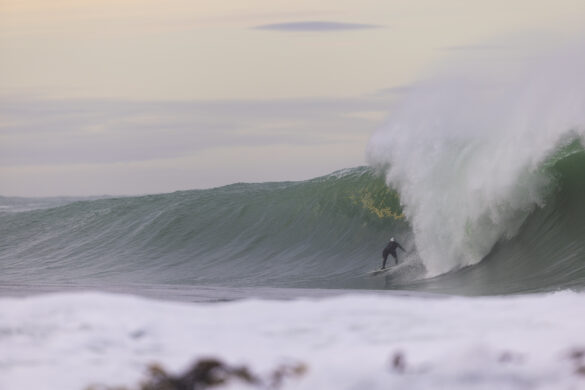 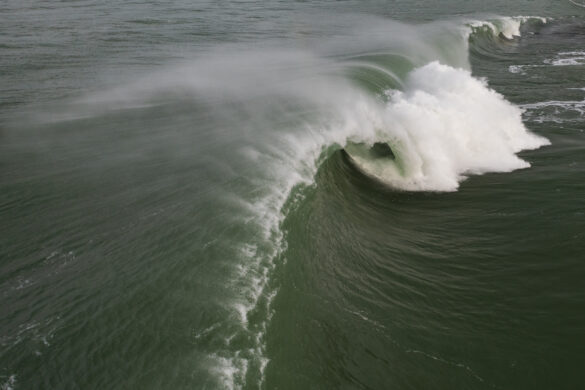 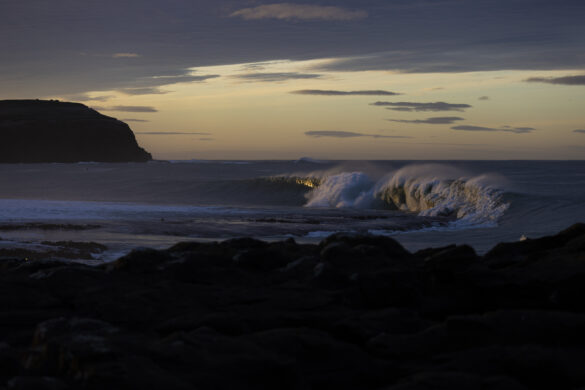 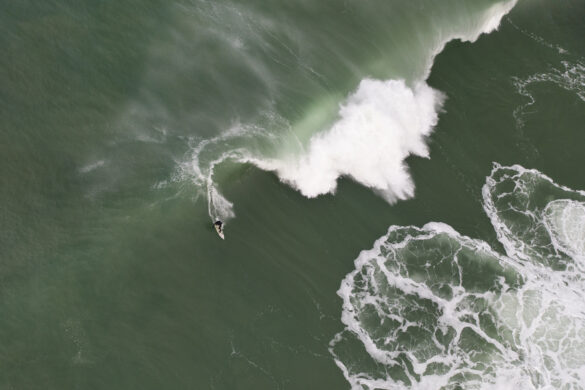 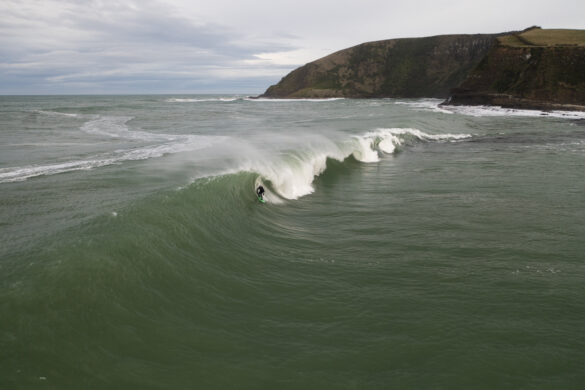 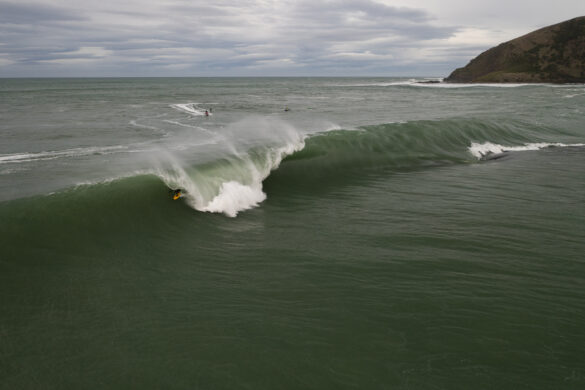 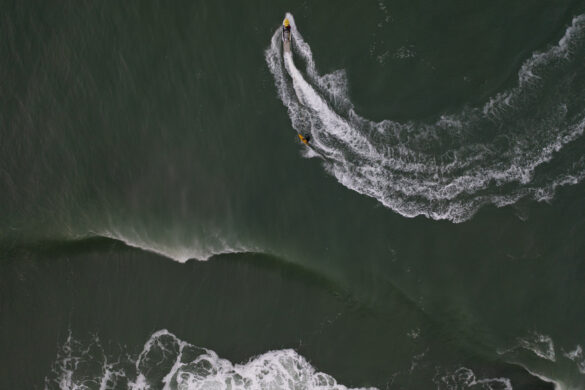 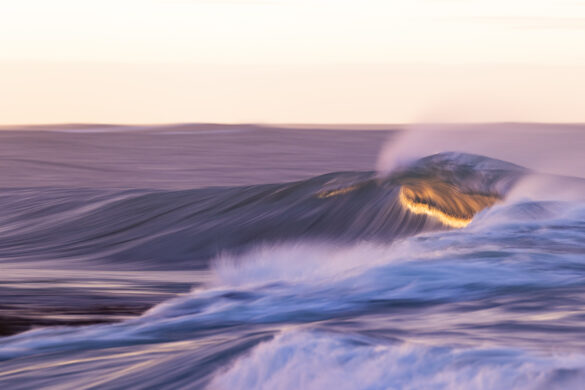 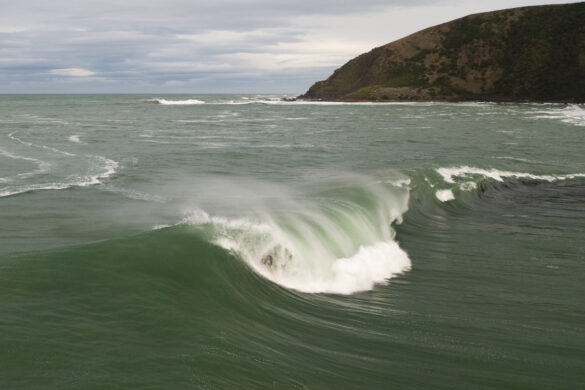 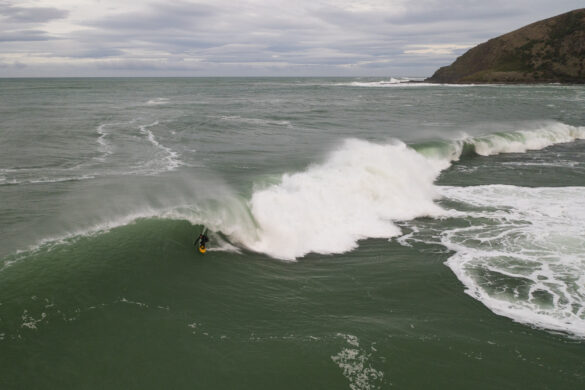 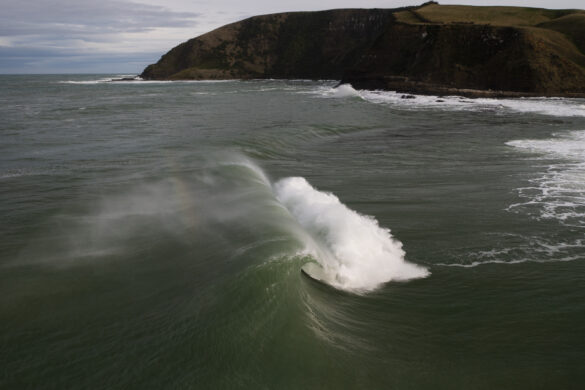 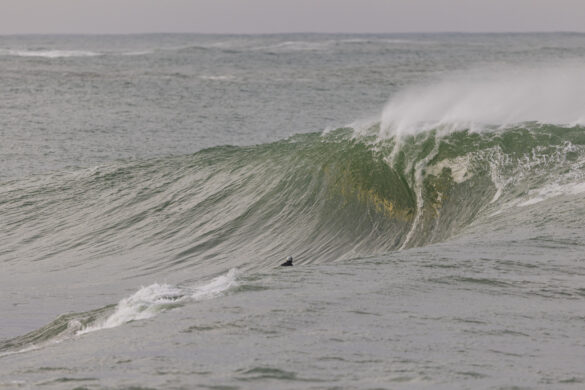 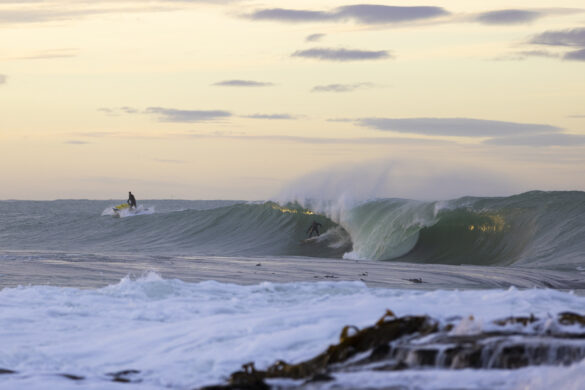 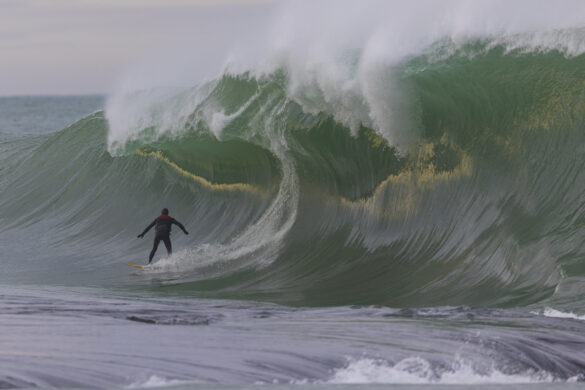 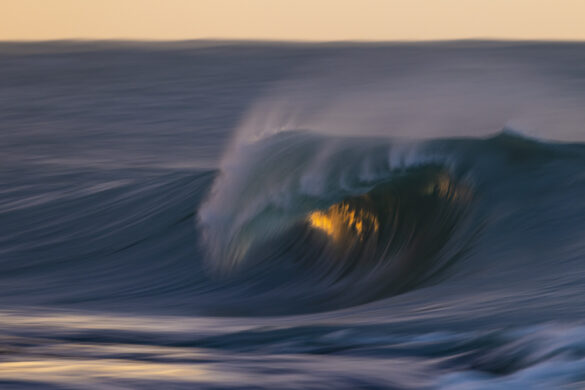 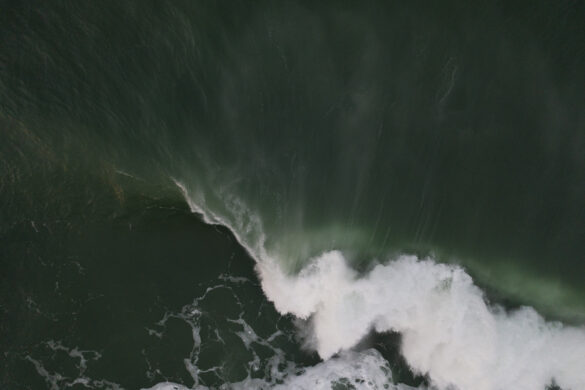 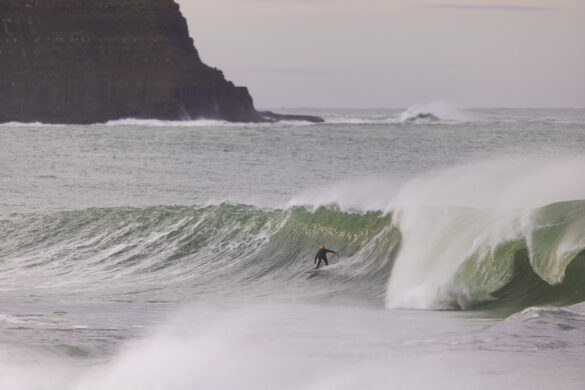 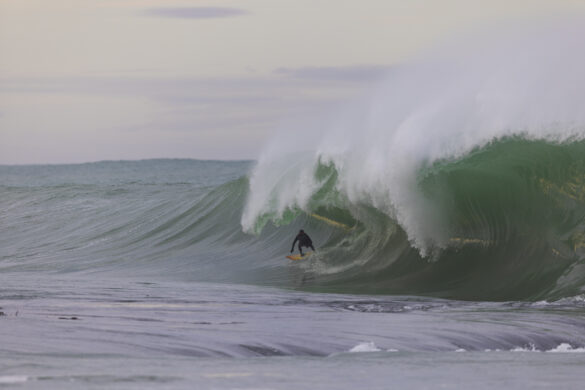 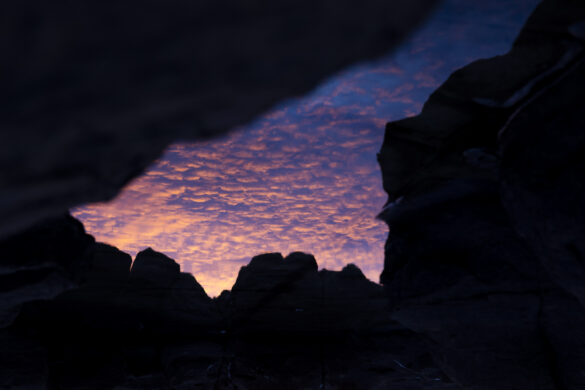 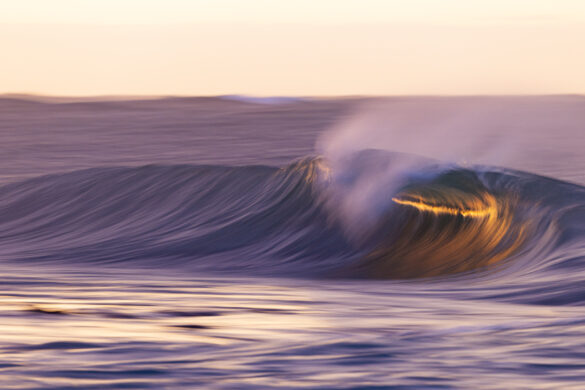 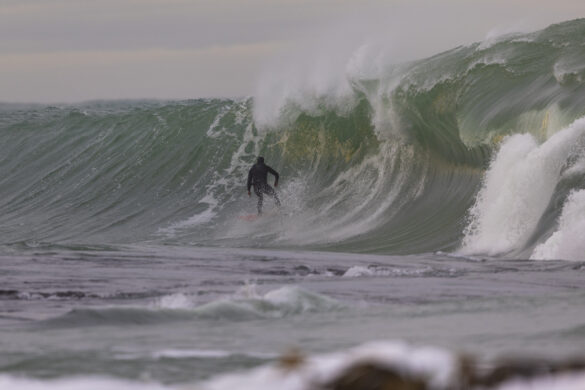 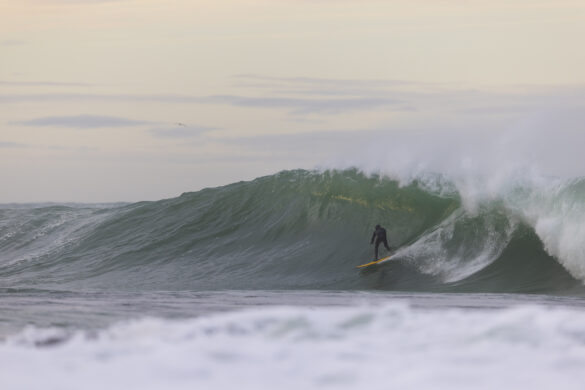 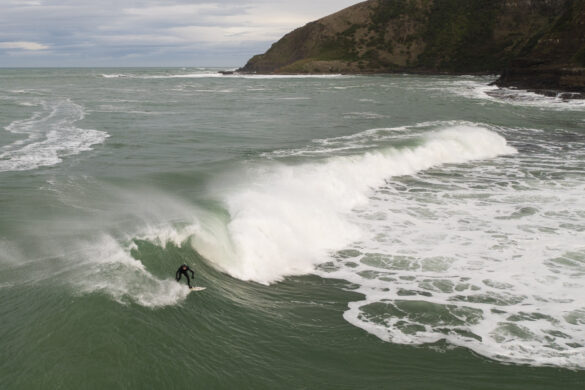