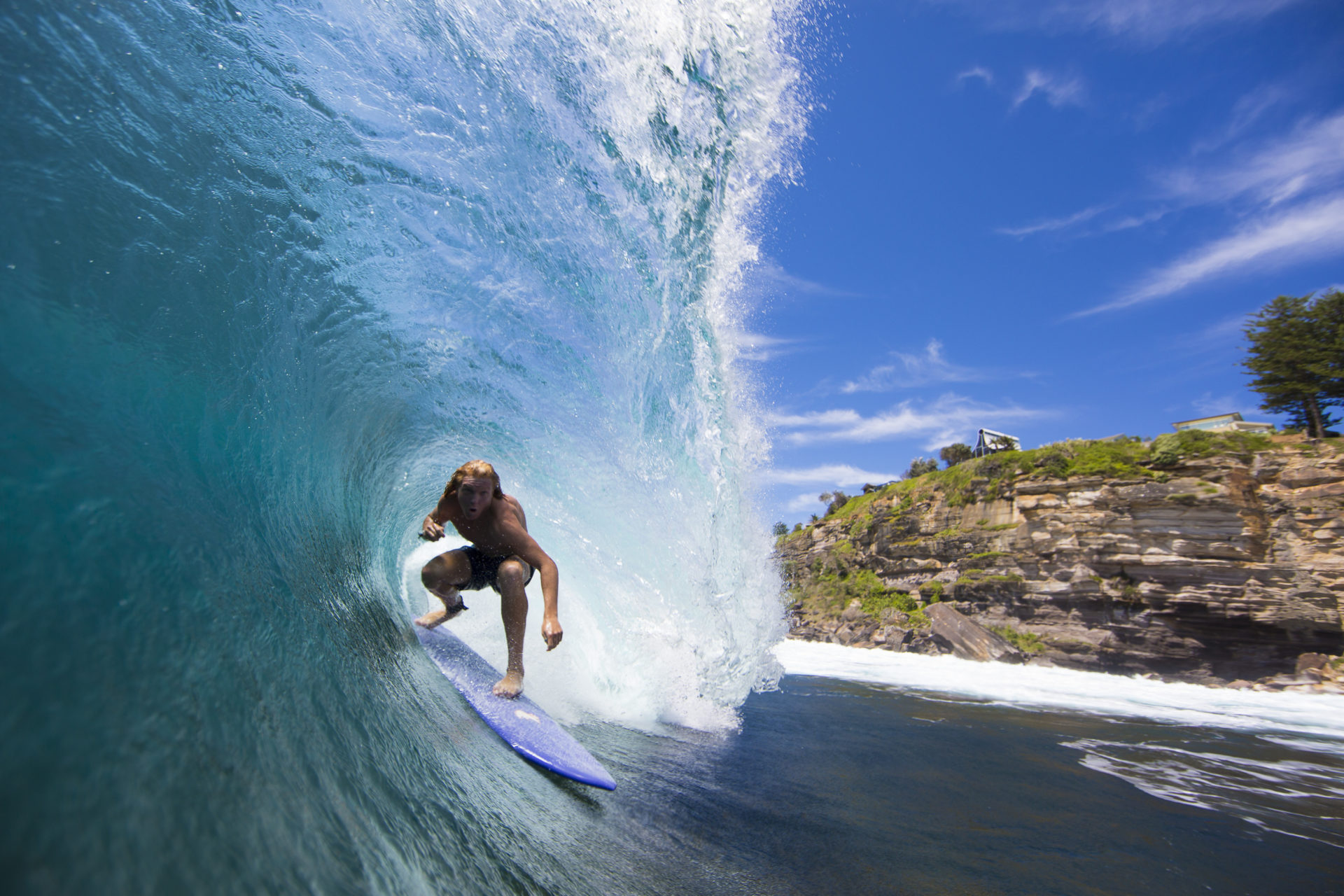 For eight years I sat next to an intriguing character in a Sydney Chinatown office called Andy Wigan. He was the editor of a dirt bike magazine – I was his deputy and we both shot for the magazine. He was as confronting and testing as he was passionate, dedicated and generous. We sparred, we made up. We battled – we each won a set or two. But it wasn’t the hours of new bike launches, motocross races, destinations and industry insights that kept us ticking along in the same direction. It was our love of surfing.

Everywhere we went around Australia, we’d tack on a few extra hours – or an entire day if the swell was good – for surfing. In a six-year stint I managed to nail Kirra a handful of times at its best, Bells Beach, South Coast, Central Coast, Noosa, Tasmania and a bunch of other obscure, tenuously moto-connected surf breaks around the edge of the big red dust bowl.

But what haunted me during that time were Andy’s stories of Little Av. I was living above Dee Why Point – a hefty, intense heavy weight right point break of Sydney’s Northern Beaches. Take-offs were late and broken bones nothing new, but this little slab of warm Tasman Sea had nothing on Little Avalon.

Take-offs were late and broken bones nothing new, but this little slab of warm Tasman Sea had nothing on Little Avalon.

The wave Andy surfed with regularity had teeth, was mostly a slab and had little in the way of safe zones. He’d recount stories there and I’d listen in dismay and so I grew and fuelled this fear of a wave – a wave that Kelly Slater once considered to be the best in Australia.

Roll on Boxing Day 2015, a new northeast swell and our search for a wave delivers me and my brother, Aaron, into the claws of this very beast. We paddle out from the beach after failing at jump rock. Andy’s stories come back to me in every intricacy of the gnarled wave’s face – its steps, its buckles, the line of cunjevoi-clad reef that defines the leading edge of the barrel. It folds like the ocean is collapsing upon itself. Scary and beautiful at the same time.

The lineup seems easy and relaxed, but the sets are as outrageous as the day I first started to imagine them. We meet a couple of local grommets – barely able to drive a car, but superbly adept at negotiating these complicated walls. First Archie, then his mate Ross, trade set waves that open up across the shallow reef. They kick out and hoot for each other and keep each other’s back – just another day at Little Av it seems with a new generation crafting their own tales.

After eight years away I managed to break some prawns and sample some oysters with Andy. He was fresh back from an ocean paddle on a wild day, topped off by a mountain bike ride. He was swinging in the hammock of his Newport home when I knocked on his door. He still runs Australia’s most progressive dirt bike magazine and he’s still a bloody good bastard – one of Australia’s finest and, for me and many others, a font of inspiration. Thanks mate.