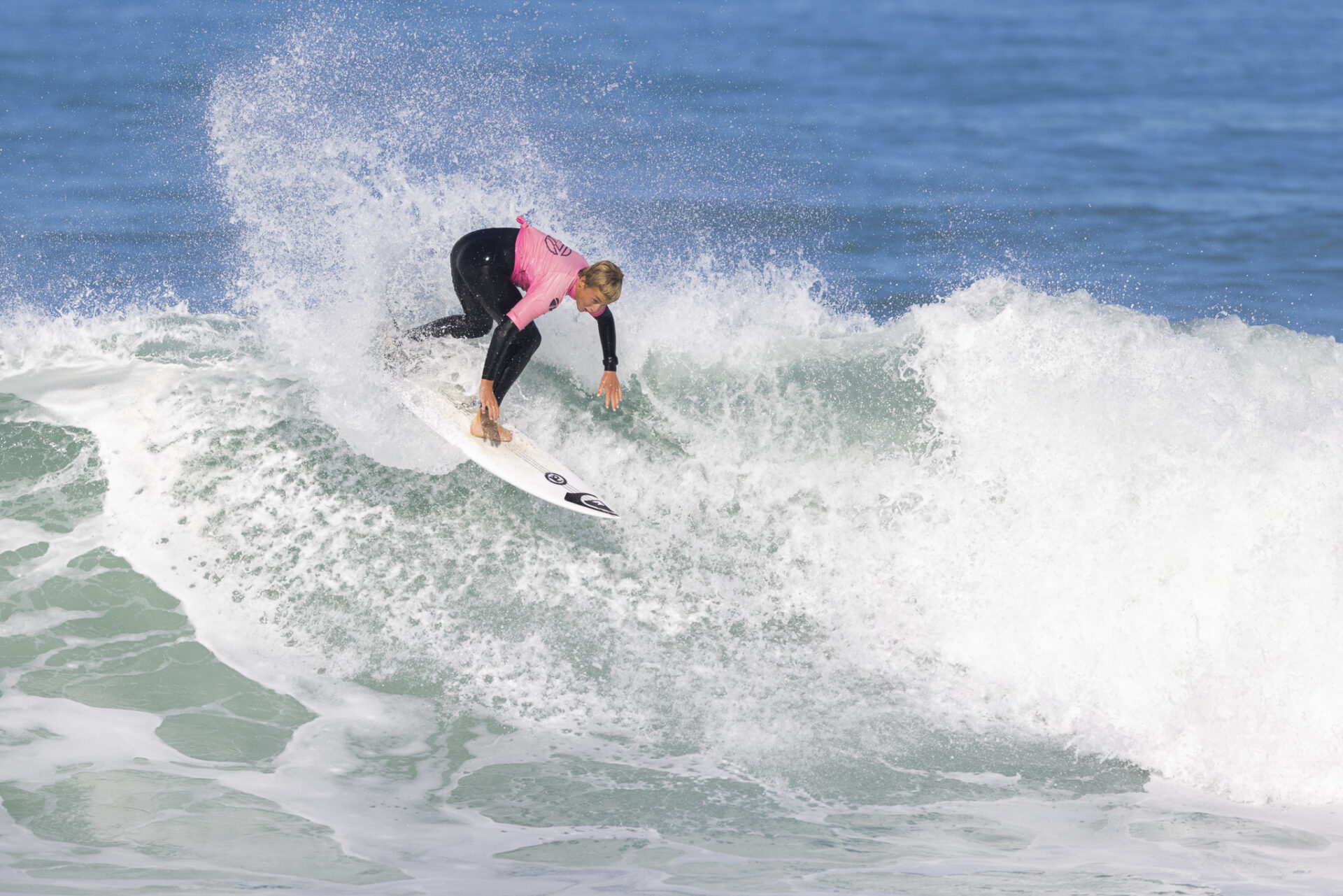 The Connect Group South Island Grom Series wrapped up in pumping waves at Kaikoura allowing the top Kiwi surfers the chance to show their best surfing.

For the final day of the event the surf slowly built all day with a solid 1.5m swell and glassy conditions at Meatworks.   Tao Mouldey bounced back to win the Under 18 Boys Division after missing out in the earlier rounds of the Under 16 Boys. A 10.34 point heat total was enough for the win in the final in pumping waves.

“My strategy was to get that backhand whip going ‘cause the rights have been pretty good all weekend,” Mouldey explained. “There were lefts as well because it is so peaky here, but my focus was the rights.”

“It has been so fun here this weekend and good to score some pumping waves compared to what we have had up north,” he added.

Mouldey’s focus now switches to the South Island Championships being held in Dunedin over Easter.   Mouldey outpointed Will Hardie (Piha) who finished runner up with Tava Santorik (Mnt) in third and Jai Wallis (Piha) in fourth.

Taranaki surfer Natasha Gouldsbury found excellent form to win the Under 18 Girls Division with a final heat score of 12.27 points, to put her well clear of her opponents.

Gouldsbury dedicated her win to Taranaki surfer Jeremy Grainger who passed away less than a week ago.

“So good to have a comp in pumping surf because you get to have a good surf instead of grovelling,” Gouldsbury smiled.

In a tough final match up, Gouldsbury claimed her third win of the season defeating Ava Henderson (Chch) who secured a runner-up finish on a countback ahead of Anna Brock (Mnt), the two surfers locked on 9.73 with Lucy Macefield (Chch) finishing in fourth place.

“It’s funny because none of us went to the Christchurch event last weekend and we all ended up here, so it was a tough final,” admitted Gouldsbury. “I am looking forward to some more practice at Dunedin as I build up to the World Junior Champs in El Salvador at the end of May.  ”

National Champion Jack Tyro (Chch) left his run late in the Under 16 Boys Division final, but an 8.50-point ride with five minutes to go saw him claim the lead from young Alexis Owen. Tyro held that lead through to the final siren, finishing with a 12.73-point heat total for the win.

Alexis Owen was left needing a 5.9-point ride for the win and had to settle for second to go with his win in the Under 14 Division. Spencer Rowson (Tara) finished in third with double finalist Will Hardie (Piha) in fourth.

Taranaki surfer Skylar Mcfetridge saved her best performance of the weekend until the final of the Under 16 Girls Division claiming the win with an 11.10-point heat total. Mcfetridge held off one of the form surfers of the weekend in Sophia Brock (Mnt) who finished in second. Double finalists Poppy Entwisle and Tessa Gabbott had to back up their Under 14 girls final and looked to have run out of steam with Entwisle finishing in third and Gabbott in fourth.

Alexis Owen (Dun) carried his exceptional form into day two of the event and attacked his Under 14 Boys Division final for a good win. Despite the scores being tight between all four surfers, it was the go-for-broke finish on one wave that scored a 6.43. Owen finished with a 10.26-point heat total which was enough for him to take the South Island Grom Series. Sam Frazerhurst (Auck) continued his season on a high with yet another finals berth and runner-up finish while local surfer Sonny Lyons finished in third, and first time finalist, Lachlan Noakes (Chch) finishing in fourth.

Double finalist Poppy Entwisle (Chch) cleaned up the Under 14 Girls Division final with some of the biggest sets of the day rolling in. Entwisle finished with a 9.33-point heat total for the win. India Kennings (WGM) finished in second position with Lenka Cargill (Westport) taking the biggest drops of the final in third and Tessa Gabbott (Dun) in fourth.

The next event for the New Zealand Grom Series is the South Island Championships being held during Easter at Dunedin and the Exit Surf Men’s Canterbury Championships held the following weekend.