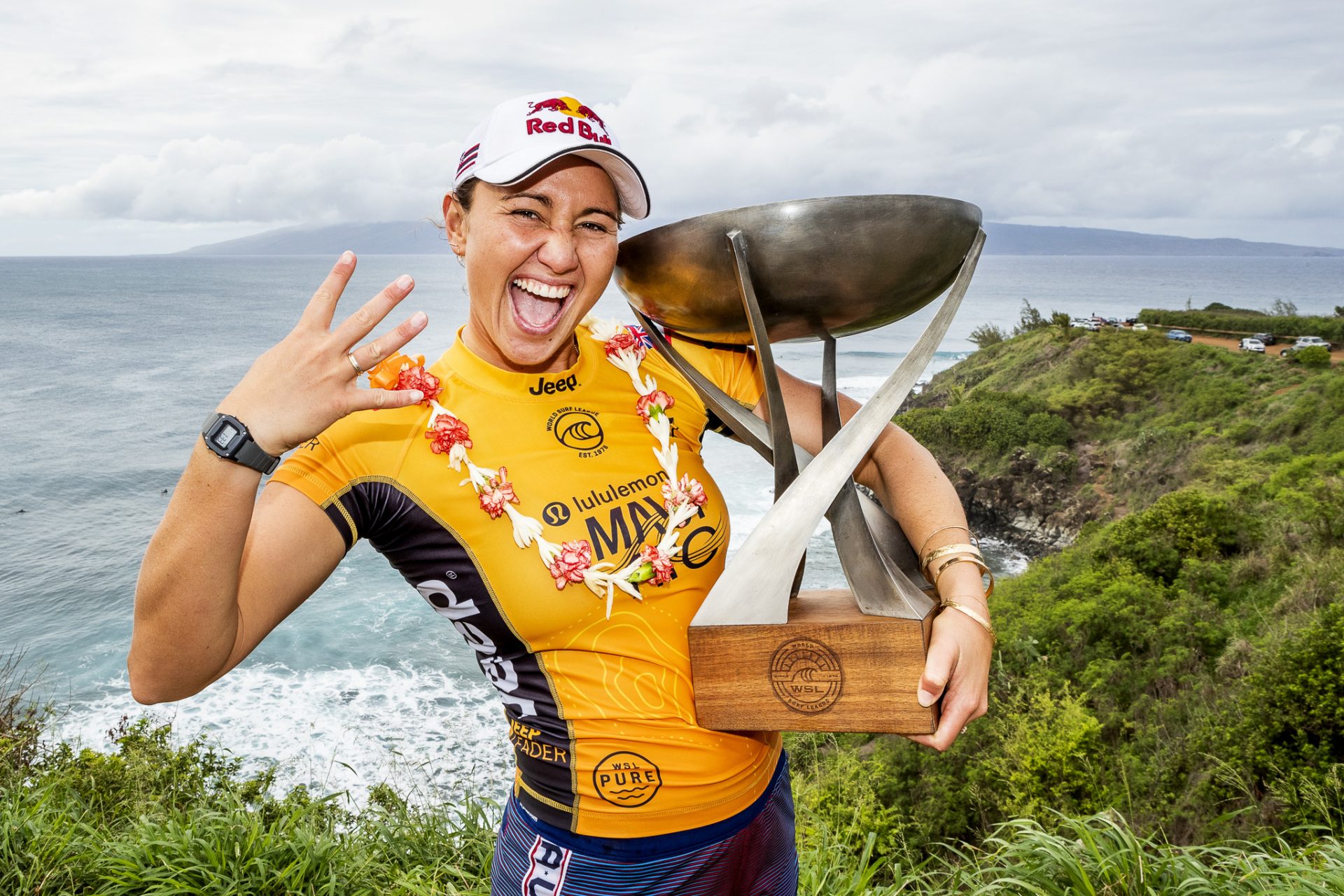 Reigning World Champion Carissa Moore has confirmed that she will compete at the inaugural Corona Piha Pro in New Zealand in March.

Moore has won 22 finals on the Championship Tour, as well as two times at the US Open of Surfing. She has also tasted success in New Zealand before, winning the inaugural edition of New Zealand’s only women’s Championship Tour event held in Taranaki during her rookie season in 2010.

“I’m so excited about returning to New Zealand,” Moore shares. “We used to have a Championship Tour event in Taranaki during my first year on tour and it was my favourite stop – it’s where I had my first major CT win. There is something really special about the people, the waves and the places in New Zealand and I can’t wait to reconnect. The culture and people really remind me of Hawaii; warm and genuine. I haven’t surfed Piha before – it sounds like a beautiful place, I’ve heard that it attracts a lot of swell.”

As the first major international sporting league to offer equal prize money for men and women, the World Surf League has ensured that superstars like Carissa Moore are just as highly respected as their male counterparts.

“This is an incredible opportunity for the ladies to have such a platform to showcase their talent at a Challenger Series event and gain valuable points and experience. I am really excited to be a part of this event,” Moore adds.

The 27-year-old’s participation is another coup for the Auckland event, with Moore recently announcing that she will take a break from Championship Tour events in 2020. However, she has qualified for the United States and intends to compete in surfing’s debut at the Olympic Games in Tokyo this year, with her schedule designed to prepare for that competition.

“With the Olympics being held in Japan later this year, I really want to improve on my small wave, beach break surfing as well as stay competitive. I think that competing at Piha is a great opportunity for this.”

As such, the Corona Piha Pro represents an important part of Moore’s Olympic preparation and will be one of comparatively few opportunities for fans to see the reigning World Champion in action in 2020. Moore has also been named a Glamour magazine Woman of the Year, National Geographic Adventurer of the Year, and has even had a day named after her – Carissa Moore Day – in her home state of Hawaii.

“We’re stoked to have the reigning World Champion coming to the inaugural Corona Piha Pro,” said Event Director, Chris Simpson. “Only three women have won the world title in the last 13 seasons – and Carissa has four of them.”

“She’s been a bit of an icon in the last decade for women’s surfing,” Chris adds. “She’s universally liked and respected, and has been the only surfer to consistently challenge Stephanie Gilmore over that period … their rivalry has been the greatest in women’s surfing history.”

Phil Twyford, New Zealand Minister of Economic Development said it was exciting to see Carissa Moore added to the list of athletes competing in the Piha Pro.

“In addition to her surfing prowess, her work out of the water on social and environmental issues means she is a true leader and inspiration for, not only our wahine, but all New Zealanders alike,” Twyford shares.