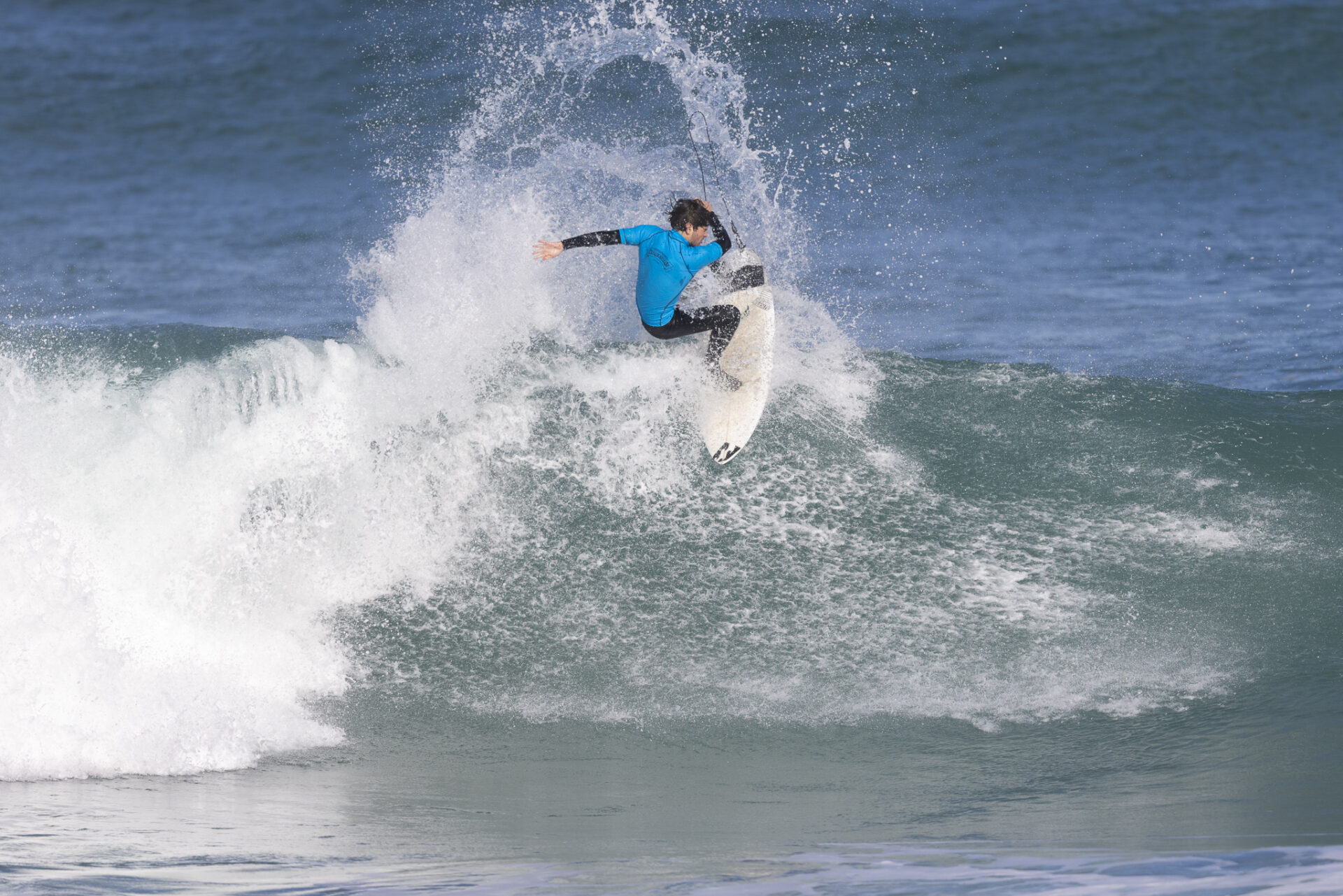 10 Moments From The South Island Champs

Pumping waves, high tides and some brisk conditions brought a little bit of everything to the 2022 Emerson’s South Island Surfing Championships held at St Clair, Dunedin, over Easter.

With so few SNZ-rated events on the calendar in 2022, the South Island Champs attracted most of the North Island’s best surfers and set up a gigantic North vs South tussle. In the end southern surfers won 9 of the 16 divisions with North Island claiming an impressive seven.

1: Kalani Louis wins his first ever Under 18 event. To be fair, it felt like it was just a matter of time for the charismatic Taranaki surfer. On such a roll right now and great to see him on top of the podium.

2: Double finalist Finn Vette had been the form surfer all through the event. And while he got lost at sea in his Under 18 final, he certainly found the magic sauce in the Open Men’s, keeping national champion Daniel Farr, the explosive Caleb Cutmore and hard-charging Taylor O’Leary at bay. Just superb. Better still when he dedicated his win to mental health issues.

3: Benji Lowen dazzles during his visit back from Australia. There is no question that NSW has been good for Benji. He arrived at the SI Champs with an air game and was determined to use it. In his Under 14s he came off second best to Alexis Owen and finished fourth in the Under 16s – his consistency impressive.

4: Natasha Gouldsbury continues her run of form. The Taranaki surfer just keeps getting better. She may have had a little push from local surfer Rewa Morrison and Mount surfer Sophia Brock in the early stages of the Under 18 final, but she soon put the win beyond a shadow of doubt.

5: Dunedin turns it on. Okay, the waves were big and grunty and sometimes feral, but the sun shone and Easter weekend was a stunner.

6: South Coast Boardriders Association and event team. With Covid running rampant through the community, staging the second biggest event in New Zealand was never going to be easy. But with Jimi Higgins at the helm as contest director the pathway became a lot clearer. Just superb, from beach marshalling, to judging, to the tech, scheduling and the after party. A true southern cracker.

7: Estella Hungerford makes two finals and goes 1-2. The Sumner surfer and step-sister to Ava Henderson not only won the Open Women’s, but she backed it up with a second in the Women’s Longboard – only missing out on the win by a mere 0.06. Her results are proof that hard work really pays off. Watch this athlete.

8: Kai Woolf. Most people don’t realise that the South African-born surfer is actually a resident in Dunedin and one of their best female surfers. She turned heads in the early rounds as she easily navigated the field, only to come a little unstuck in the final and having to settle for third behind Estella and Anna Brock.

9: You can’t stop Alexis Owen. Well, that must be what it felt like for the rest of the field in the Under 14 and Under 16 boys as he surged to a 1-2 in St Clair. Seriously? This kid is on a rampage of sorts and it bodes well for the future of surfing in New Zealand.

10: Nudge. If a head judge rewards exciting and explosive surfing then the whole surf contest lifts to another gear. Sure, there were the odd waves missed and a few 12 and 50-year-olds left with their noses out of joint. But on the whole the judging criteria and execution is an exciting one and very promising for the future. That is something to be celebrated.